Cleverly Solved | Getting to know the inventor of the Chimney Balloon, David Woodman

28 Jan Getting to know the inventor of the Chimney Balloon, David Woodman

Posted at 09:00h in Chimney Plugs by blogediter
0 Likes
Share 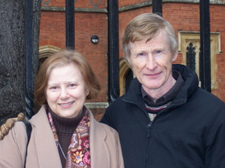 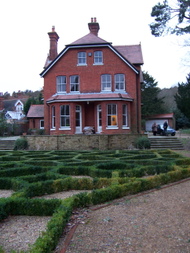 As the United States Manufacturers Representative for the Chimney Balloon product line, I get the occasional honor and privilege to spend time with the inventor of the Chimney Balloon, David Woodman and his delightful wife Irene. In January of 2007, I took my first trip across the Atlantic to spend time with David and Irene as they hosted me at their home in Aldershot, England. See pictures below.

I was intrigued by the fact that David had worked on a variety of engineering projects over his well-traveled lifetime. Some of his most complected engineering projects included controls and design for British battleships, and complicated solid state electronics and robotics for assembly and manufacturing. On these and other smaller manufacturing projects David acquired a mastery of knowledge in plastics and metals properties and attributes.

David and Irene were wonderful hosts. They are proper and warm and inviting people with wonderful stories and a scrapbook full of travels. They have a real appreciation and knowledge of architecture and history. Irene also makes a mean espresso that managed to fend off my jet-lag for hours.

Their home “Victoria House” was a spacious 3 story home with ample room to host, do business, and relax. I was enamored with the AGA stove and the built-in espresso maker in the kitchen. With 5 fireplaces they had a variable showroom display of Chimney Balloon applications. It was no wonder David invented Chimney Balloons, it was purely out of necessity!